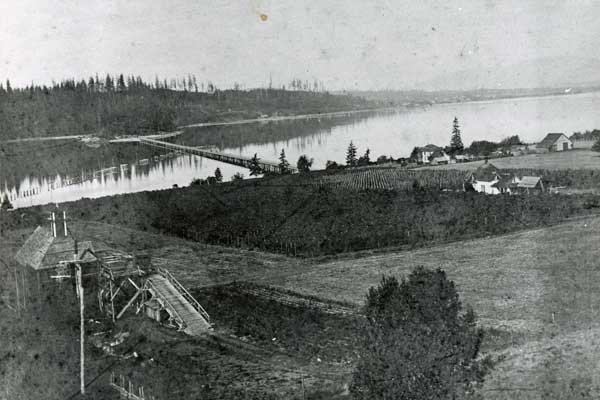 Urged by the federal government to venture west in the mid-1800s, Northwest pioneers settled on the natural prairies around Puget Sound. In contrast to the region’s heavily forested interiors, these ready-made farmlands adjacent to marine waterways offered an appealing place to set down roots.

Enoch Compton and John Carr were the first recorded white settlers in Skagit County, claiming land on Sachem (now March) Point around 1852. The area had great significance to native tribes, as well, who had been cultivating the prairie’s bracken fern and camas for generations.

Permanent white settlement began in the 1860s as tensions with local tribes declined. In 1865, Hiram March, an enterprising farmer and seed cultivator, moved to the tip of the peninsula that now bears his name. Until the 1950s, the land hosted a close-knit community based largely around farming. 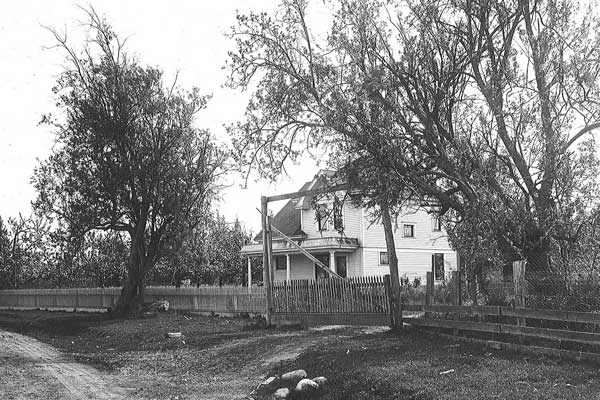 Caroline Kavanaugh (c. 1836–1919), born Princess Tol Stola, was the daughter of a Swinomish chief. When her mother died, Tol Stola went to live with a white family. She later married James Kavanaugh and settled on March Point. She remained an active and much-respected member of both her adopted and tribal communities. In 1928, inspired by Charles Lindbergh’s historic 1927 transatlantic flight, the Kiwanis Club leased land on March Point for a 2,000-foot airstrip, making Anacortes among the first cities to embrace air travel. In 1947, the first direct airmail service took off from March Point on a DC-3 Scenic Liner. Most letters reached their destinations in a day. In the early 1950s, Shell Oil quietly acquired land on March Point. The startup of two large-scale refineries—Shell (now Tesoro) in 1955 and Texaco (now Shell) in 1958— radically changed the character of the point. But, with the lumber industry in decline, oil refining created local jobs and attracted the next wave of newcomers to the community. Sensing commercial opportunity, William Munks (1822–1897), a pioneer from Ohio, established Munks Landing (background photo) on the western shore of March Point in 1860. His wharf and store became a community hub and, in 1890, the terminus of a new wagon bridge across Fidalgo Bay. Descendants of William and Arminda Munks still farm the remaining family land.

Open prairies around Puget Sound, like March Point and Ebey’s Landing near Coupeville, are the remnants of ancient lakebeds left behind by the last ice age, some 10,000 years ago.