Over the years, Friends of Skagit Beaches has had the chance to collaborate with amazing volunteers, partner organizations, and students to create informative videos capturing the important enviromental work that is - or has - taken place along our Skagit shorelines. Starting in 2020 we began taking advantage of the opportunity to record our "Virtual" presentations on Zoom allowing people who miss the event to still see the presentation.  Below are links for our video library that is posted on our Vimeo channel.

Friends teamed up with Skagit Chapter of Citizens Climate Lobby to sponsor a series of talks about climate change with a focus on latest science and projections both global and local as well as a look at what communities are doing to prepare.

Our latest series is a collaboration with the Anacortes City Library called "Tuesday Talks." Nine wonderful presentations from local experts on the history, culture, and ecology of Fidalgo Island are available below: 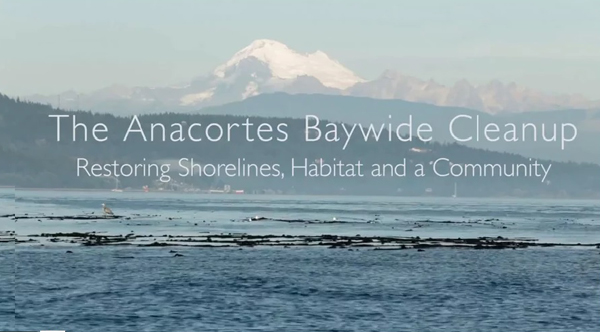 The Anacortes Baywide Cleanup - Restoring Shorelines, Habitat and a Community

This short documentary provides an overview of the Anacortes Baywide Cleanup program being conducted by the WA Dept. of Ecology in partnership with the Port of Anacortes, City of Anacortes, and local tribes.

During the early 20th century, Anacortes was primarily a mill town. At one time 13 mills operated along the shoreline of Fidalgo Bay.

Forage Fish of the Salish Sea

Forage fish are a critical keystone species in the marine food web. This film sponsored by Friends of Skagit Beaches and WA Dept. of Ecology highlights the importance of these small fish to the ecology, economy, and identity of the Pacific Northwest.

The protected marine reserves in Skagit County are the foundations of a vibrant ecosystem that supports eelgrass, forage fish, salmon, and herons.

At 1,930 kilometers, the Pacific Northwest Trail is the newest long haul trail adopted into the National Scenic Trail Act in 2009. The trail stretches from Glacier National Park in Montana, to the Washington coast. But decades after its inception, trail workers are still struggling to establish a safe route for hikers.

Seriously, don't move to Houston. Join us in the fight to save Puget Sound.

Forage fish are the backbone of a healthy Puget Sound. They provide the food base for endangered chinook which in turn are relied on by the endangered Southern Resident Orcas. Little Fish + Big Fish = Orca.

Song of the Spindle (2016 Films with Friends selection)

An animated, humorous and informative conversation between a sperm whale and a man. Each one tries to convince the other that his brain is bigger.

Salmon Confidential is a new film on the government cover up of what is killing BC’s wild salmon. When biologist Alexandra Morton discovers BC’s wild salmon are testing positive for dangerous European salmon viruses associated with salmon farming worldwide, a chain of events is set off by government to suppress the findings.

Friends has enjoyed partnering with some of the talented young filmmakers working with the Planet Magazine.  To see more of their work visit this site. 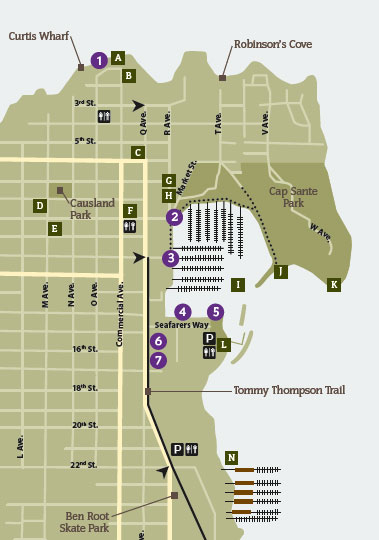